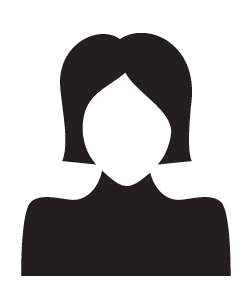 Welcome to my blog! My name is Timmy and I would like to invite you to enter on a journey into the world of glass. Many people take glass for granted. In fact, because it is transparent, many people do not even see glass until something goes wrong and it shatters or cracks. I would like to change this by educating people about how glass can improve their home. I am not a professional glass worker, but I am very friendly with a number of glazers and they have taught me everything they know. I hope you like my blog.

Benefits of a Frameless Shower Design

Whether you're renovating your bathroom or building one from scratch in a new home, you need to install a shower. Glass enclosures, available in varying degrees of framing, are a popular option you might consider. Here are several benefits of a frameless design.

Fully framed enclosures usually come in pre-set shapes and sizes. This limits your choices when designing the shower. On the other hand, frameless glass screens are often custom-made, so you can create a shower that is uniquely fitted to your home. For example, in ample space, you could build a vast shower with a bench. Alternatively, you could construct glass screens that extend from wall to wall at one end of the room. You can also choose fixed screens without a door.

Frameless showers use sturdy but compact hinges and brackets to connect the screens. Thus, these enclosures mainly feature smooth glass, giving your bathroom a minimalist appearance. This clean look is unobtrusive in that it fits with diverse bathroom styles. As well as modern rooms, the shower will blend with other aesthetics such as traditional and industrial styles. This means that you won't have to replace the shower if you redecorate in the future.

Unfortunately, the bathroom provides an ideal environment for mould and mildew to flourish because of the humid atmosphere. Not only does this add to the cleaning load, but it makes the bathroom less hygienic. Frameless showers help, as glass forms a non-porous surface that's easy to wipe clean, unlike shower curtains. However, they do have trouble spots, such as where the metal hardware joins the glass. These connections create grooves and crevices that collect water and encourage mould growth. A frameless design has fewer metal fixtures, which explains why it's easier to clean than a fully framed shower.

Frameless glass shower doors will generate a sense of spaciousness in your bathroom. Because they're minimalistic and see-through, your bathroom will feel like one integrated space. It won't be divided into two zones, one inside and one outside the shower. If you're looking for design options for a compact bathroom, a frameless shower is a great option.

Additionally, the minimalism of the door screens will draw attention to other aspects of the bathroom, such as decorative ceramic or natural stone tiles. Standard transparent glass has a slight greenish tinge along the edges. If you want an even more discreet shower, opt for low-iron glass.